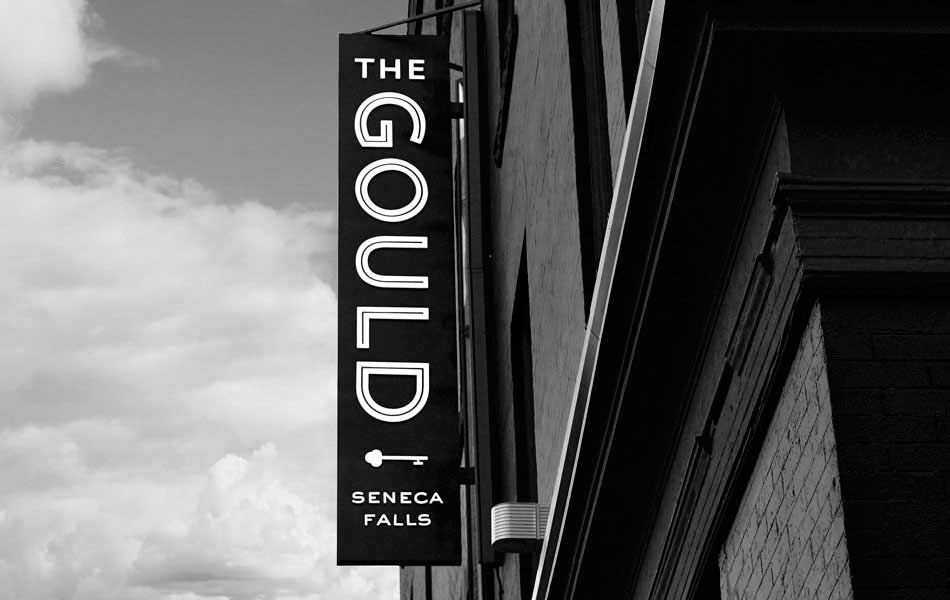 The Gould is in the Seneca Falls historic district and its main exterior sign complements other vertical signage in the area.

Enjoy your stay! Sweet dreams! Hospitality is at the core of the rebrand.

In its heyday in the 1920s, The Gould Hotel in Seneca Falls, New York, was described as “the most complete and perfectly equipped of the smaller hotels in New York State.” Eventually it closed, became apartments, and then sat vacant. The logos and signage are part of the property’s ongoing rebrand since its re-establishment in 2013. The mission: recall the hotel’s grand history while cultivating a welcoming, contemporary vibe.