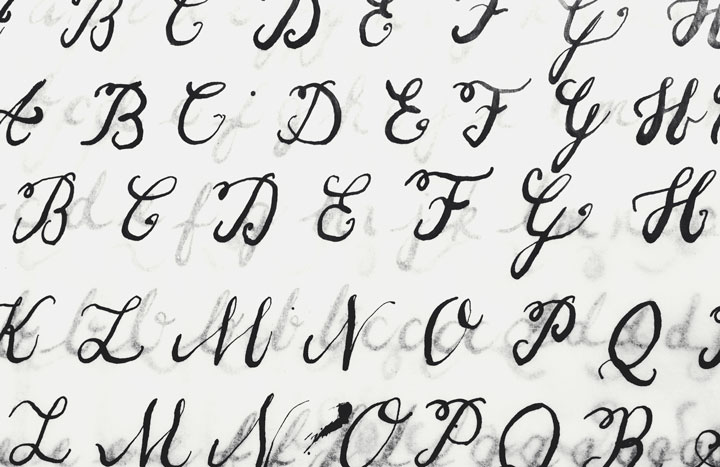 Where my best ideas come from…

Step away from the computer! That’s my number one rule for inspiration. So, when local calligrapher Christie Jones of Swell Anchor Studio announced her intro workshop on modern calligraphy, I jumped at the chance to learn something new in a live class setting.

Christie and I met on twitter, and I’ve followed her calligraphy journey there and on Instagram during the past year or so. It absolutely boggles my mind that she’s achieved so much in the short time that she’s been working on her calligraphy business. She’s a natural at it—and at teaching too. 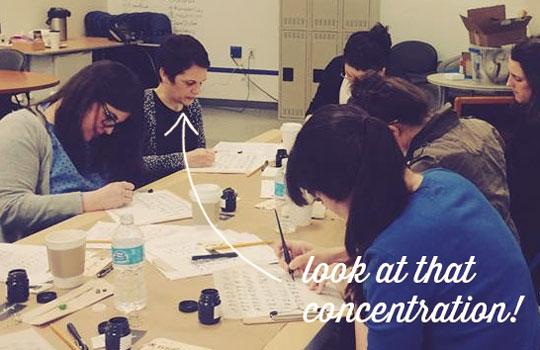 As we filled the tracing paper with practice shapes and letters, I found myself drifting into an almost trance state. Look at how hard I’m concentrating here! (Photo courtesy of bedsidesign)

Calligraphy is completely alien to me. Sketching letters for a design or logo usually involves mimicking or tweaking an existing typeface. Resisting the urge to fill in letters with my pen was super challenging. In my coloring books, I was the kid who outlined the pictures in black crayon and filled them in with a heavy coating of waxy color!

There are so many variables to calligraphy—ink, paper, pressure. By the end of the workshop, I had a healthy respect for the creativity and control that go into making letters look effortlessly organic! 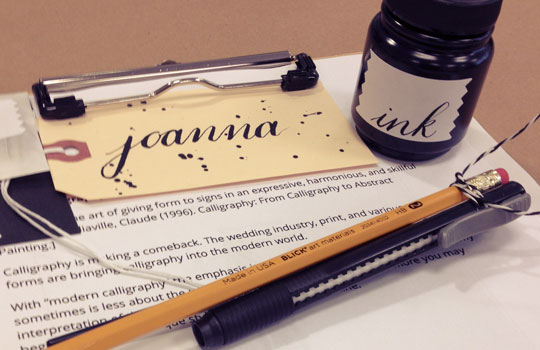 Maybe down the road—after much more practice!—I’ll incorporate calligraphic elements into a logo? Or maybe I’ll keep at it just for fun?

Either way, it's a perfect exercise to get the juices flowing. So much of graphic design is about control. Doing something hands-on opens up my thinking every time.

Where do your best ideas come from?