A NEW CHAPTER IN A GRAND HISTORY

In its heyday in the 1920s, The Gould Hotel in Seneca Falls, New York, was described as “the most complete and perfectly equipped of the smaller hotels in New York State.” Eventually it closed, became apartments, and then sat vacant for years.

In 2013, new management reinvented the property as a boutique hotel and sought my help with defining their brand. The goal: honor the hotel’s grand history and set a welcoming, contemporary tone. 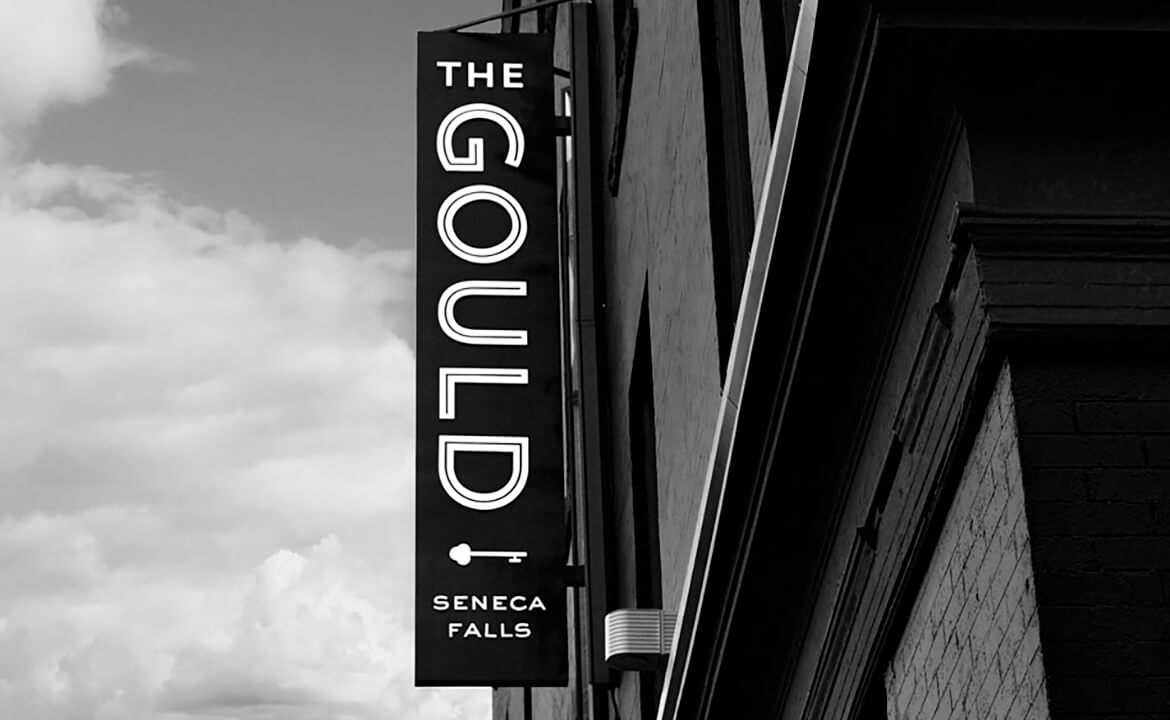 Crisp typography and a simplified color palette feel right at home in the Gould’s urban setting. Its main exterior sign complements other vertical signage in the Seneca Falls historic district.

Old-fashioned
hospitality is the
heart of The Gould. 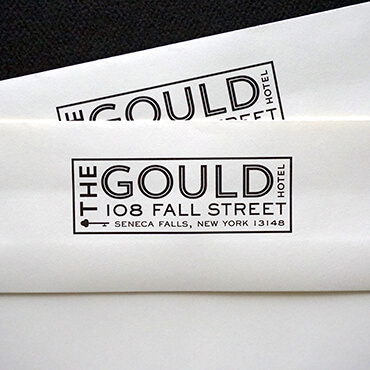 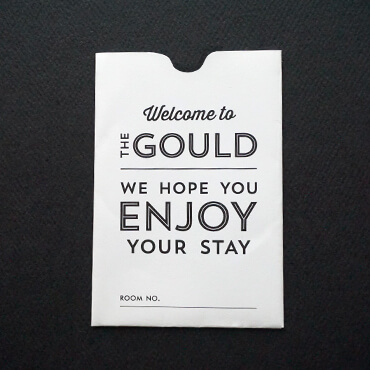